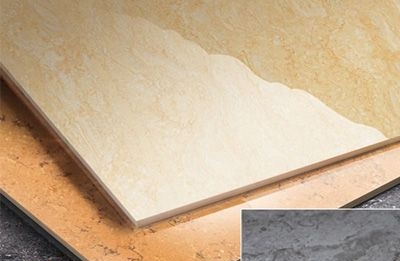 Under todayâ€™s extremely harsh ecological and climate issues, peopleâ€™s awareness of environmental protection has gradually increased, and the appeal for energy-saving and emission-reduction has also increased. The ceramic sanitary ware industry, which is a large energy-consuming household, has suffered the brunt.

The downturn in the industry is imperative. According to statistics, in recent years, the demand for China's ceramic sanitary facilities will reach 34 million, and it will become the worldâ€™s largest consumer market for ceramic sanitary ware products, including exports to Europe, the United States, Japan, and South Korea. The annual growth rate of products in the Middle East and other places is 50%. From this trend analysis, the Chinese ceramic sanitary ware market is quite optimistic and has a large amount of rigid demand, which can be described as a very good market.

However, due to the influence of comprehensive factors such as the regulation of the housing market, rising raw material prices, rising labor costs, and continuous floods and droughts, the domestic ceramics industry has experienced sluggish growth in recent years. In 2012, Zibo production areas in Shandong Province, Sichuan Jiajiang and Yunnan production areas also successively appeared large areas. Obstructed production. As a result, some people in the industry exclaimed that the ceramic sanitary ware industry had "overcapacity" and "saturation of the market." Some people even said: "The ceramics industry has entered an era of avalanche."

Ren Xingzhou, Director of the Development Research Institute of the State Council Development Center, said that last year, the ceramics industry only grew by 2%, and the growth rate was surprisingly low. It can be seen that the entire economic downturn is very obvious, and it can also be seen that the ceramic industry and the countryâ€™s overall macroeconomic The situation is closely related. Under this circumstance, adjusting the industrial organization and accelerating the transformation of the industrial economic structure are also issues that the ceramic industry must face. Accelerate energy conservation and emission reduction, and explore new online and offline marketing models.

â€œLast year, the export value of ceramic tile increased by 24%. It was not so many years.â€ Zhai Bin, the secretary-general of China Building Sanitary Ceramics, said that last year the EU raised the tariff by 40%, although the domestic ceramic export volume has fallen by more than 20%. However, the price has doubled. With the increase in domestic labor costs and raw material costs, low-end products have no advantage, and exports of low-end products have become increasingly difficult. However, if high-end products cannot be exported, they can only take the medium-end exports. This has also prompted Chinese companies to further adjust their industrial structure.

Thin bricks lead the industry's development trend The Ministry of Industry and Information Technology has released the â€œ12th Five-year Development Plan for Building Materials Industryâ€ and five sub-plans, which require the building and sanitary ceramics industry to actively promote thinning and reduction processes and products. This policy is undoubtedly a good news for ceramic companies that are boldly trying to produce thin plates and thin bricks.

According to calculations, one year of ceramic tile thinning will save at least 5 million to 6 million tons of coal and 20 million tons of raw materials, which will yield billions of economic and social benefits in one year. Therefore, thinning has become one of the top methods for energy conservation and emission reduction in the industry. In this regard, industry associations will be revised from the standard and will achieve industry-wide thinning in 2015. In the future, the market will not allow the sale of thick bricks, which indicates that enterprises occupying the thin brick market early will have an advantage in the future market.

Potential polarization and market polarization According to statistics, there are currently about 15 companies in the country conducting thin-slabs experiments and production, including Nobel, Asia, Dongpeng, Marco Polo, Ou Shennuo, Jin Yitao, Hong Yu, Xin Zhongyuan. Leading brands such as Huiya, Loulan, etc. also marked the thinning of the tiles. Although no clear standard has yet been issued, it has been overwhelming. At the level of government, associations and related macro-policies, it is imperative that ceramic tiles be thinned.

However, whether it is a company that already has thinning technology and products or even sheet metal manufacturing technology, or companies that have not yet planned to thin, it seems that they are unanimously not optimistic about the market prospects of thin bricks. They believe that without standard restrictions, it is difficult for most companies to start Thinning road. Moreover, the current market's reflection on thin bricks is also relatively cool.

Domestic consumers' understanding of ceramic tile products still stays at the stage of â€œbrick quality product quality is goodâ€. They fear that buying products that cut corners and materials will bring adverse consequences to the decoration and affect the living environment and quality. And the price of thin bricks is not "close to the people." The minimum ex-factory price for conventional thin bricks is 85~95 yuan/sq., and the highest price is up to thousands of yuan. The price of decorative products after artistic processing is higher, which exceeds the consumer's psychological expectation. The thinner the product, the cheaper it should be. Why is it more and more expensive?

From the consumer's point of view, whether the ceramic tile is low-carbon, whether the production process is energy-saving and has little relevance to product use, the industry generally believes that the advantages can not become a bright spot to attract consumers. Most netizens expressed the same meaning when discussing whether they would purchase thinned products. People would spend money to buy genuine products without worrying about whether their production processes are energy-efficient. People are willing to pay a high price to buy a product that can not bring more benefits to themselves, especially in the ordinary people do not think there is not much technology content of ceramic products.

In the absence of a thinning standard, the lucid market feedback has led companies to make a decision on whether or not to implement thinning projects; the companies that have already begun to produce thin bricks have had a lot of scruples. However, although thin bricks need to be improved in terms of market acceptance, companies themselves should first be equipped with thinning technologies, and then seek breakthroughs from market discipline.

InVent PS 15 â€“ a series of Monodisperse Reversed Phased Polymeric Resin designed for the polishing purification and separation for pharmaceuticals and natural products. These resins can provide customers a wider choice for conditions of the process development andoptimization to achieve higher purity and better yield. Its outstanding chemical stability has beenproven to meet the requirements of Cleaning-in-Place (CIP) in FDA regulation. For example,is able to maintain high capacity of target products (e.g insulin) after soaked in 1mol/L NaOH. Asthe result, it can be considered to Replace C18 Silica Gel in some cases.

By the benefits of its good performance and superior chemical and pH stability, InVent PS 15 is widely used in the natural health care products, modern Chinese traditional medicine, high-class drink and so on.